Monday we re-shocked the wheat (re-set it so that wind can get through better so it dries), which, after two weeks of being rained on, had actually sprouted in parts. Frig. Scott (operations guy) and I went to look at the shed-load of blacksmith stuff we’re going to be receiving to get an idea how many trailers (1) and guys (MANY) we’ll need to move it. Zeb came out to look at the bees with me, because I’d told him about the lack of larva Paul and I saw the week before. Ran away to OT for my hand, then joined the bike shop in town’s shop ride for the first time since 2019. These days they have 2 groups going, and almost no one wanted to the fast group. Me either, 20-something average speed isn’t practical for me! 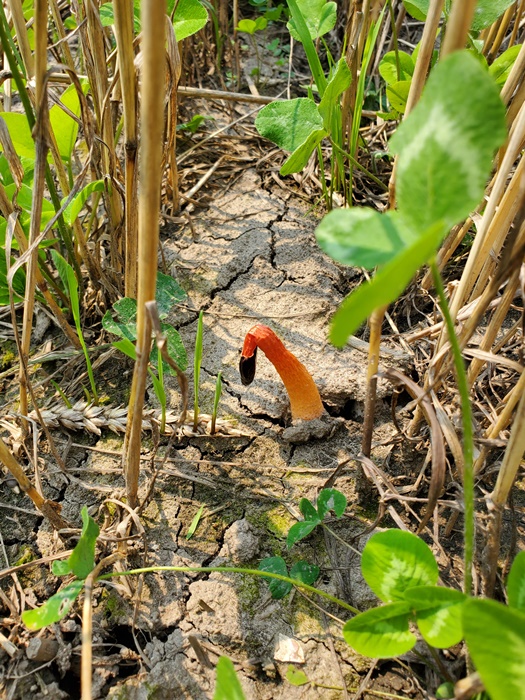 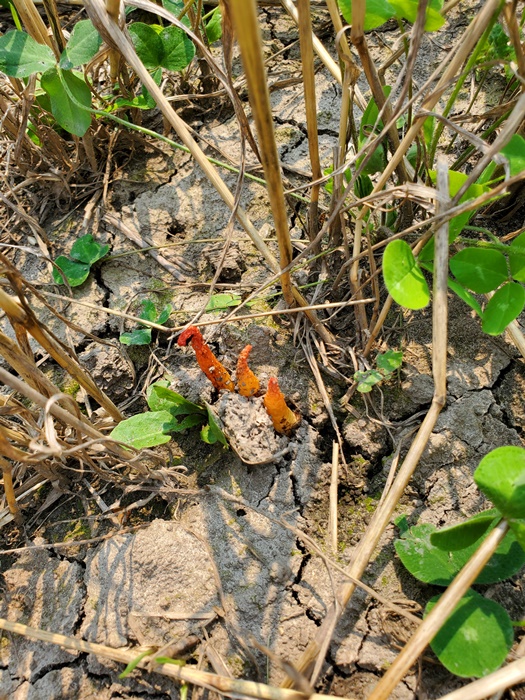 wheat, not gonna dry with that sky

Tuesday Paul and I took a Search guy out to pull the fences that have been around our fruit trees for 2 years off, and just put on a tree protector tube. They’ve had the fences long enough that it’s a wild thick jungle of weeds around each tree. Other Search guys dug gravel out of what will be the volunteer’s workshop in the new barn, getting it the right level, and leveled out, for concrete to be poured in there this week. They also re-set some shocks (AGAIN) and did some weeding. Zeb called the hive inspector about what he’d seen in the bee hives, which had to wait until the next day for me to deal with it.

Weds. I bought a new hive box thingie, and then Paul and I went out and took out a few frames from each of the existing boxes, replacing them with new empty ones. The idea is that these bees might have filled them so much with honey/nectar that there’s nowhere for the queens to lay. When we inspect this week, if there’s no sign of eggs being laid then it’s time to order new queens ASAP! I made some calls and managed to get 4 blacksmiths all lined up to come out at the same time Friday first try, which felt like herding the most cooperative cats ever. 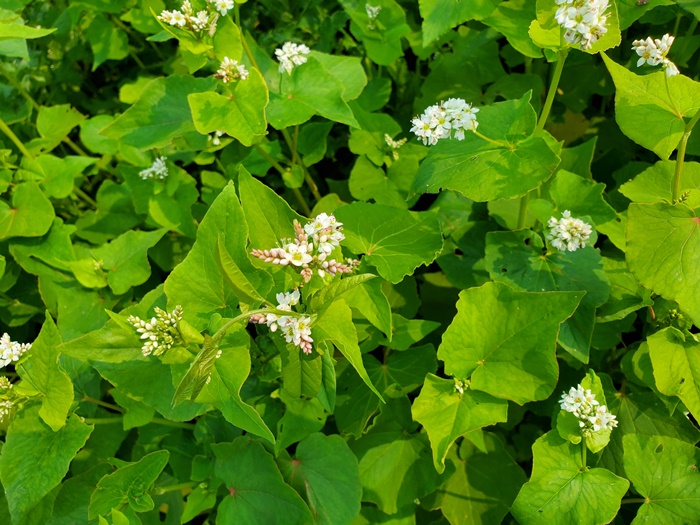 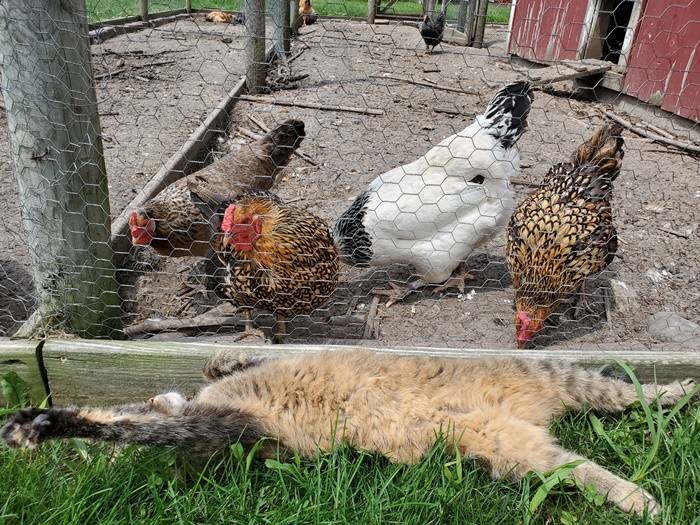 Thursday morning I made buckwheat cookies with some of our buckwheat flour, and they were very good! We had Search guys out again, who spent a lot of time hoeing in the gardens, but also a few minutes dancing excitedly when I played The Gambler on the player piano. I took another road trip with Scott, this time to Menards to get 2 large chest freezers (for the pigs), and while we waited for them to be loaded up, a random stupid bee stung my hand. While we were gone, the Search guys loaded up all the wheat in the field into wagons to get in out of the approaching rain.

2 of these huge ones, 2 smaller ones

Friday when I woke up, my hand was too swollen to do some of my dang stretches from the sheep injury. Can’t get a break! Did some errands, including buying a non-period-appropriate grain drying fan, and then had the blacksmiths out to start getting an idea of how to arrange all that heavy stuff when we move it to the barn. 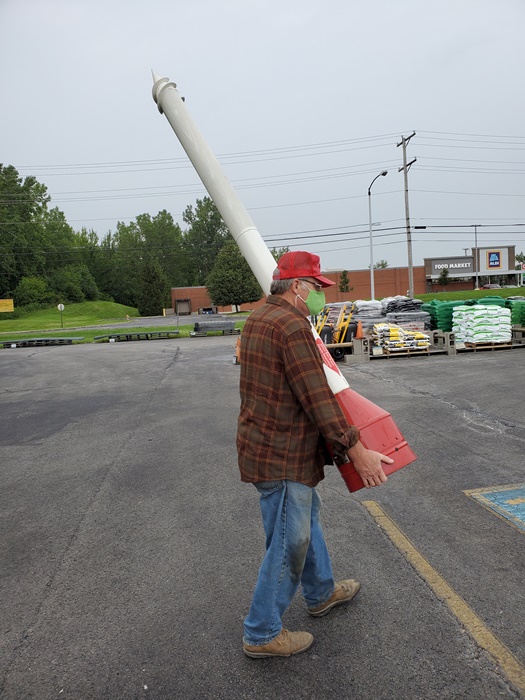 Jam the pointy end into your grain wagon. Bottom half of the tube is perforated or whatever with hella holes. There’s a fan in the red part that helps move dry air through your grain.

Today in the morning I led a program on ‘How to Think Historically’. The kids read Motel of the Mysteries ahead of time, and thought it was quite funny, and then I talked about different ways archaeologists look at things, and reasons they may get things wrong or right, and then we assessed some artifacts of our own, and went through a midden (trash bag) to see what we could learn. The older two kids had fun, the mom that ignored the suggested age range and brought her 6-year-too-young kid found it interesting, her son…was just not as into it, can’t blame him. And some other folk didn’t show up. Free programs! Can’t make people commit! 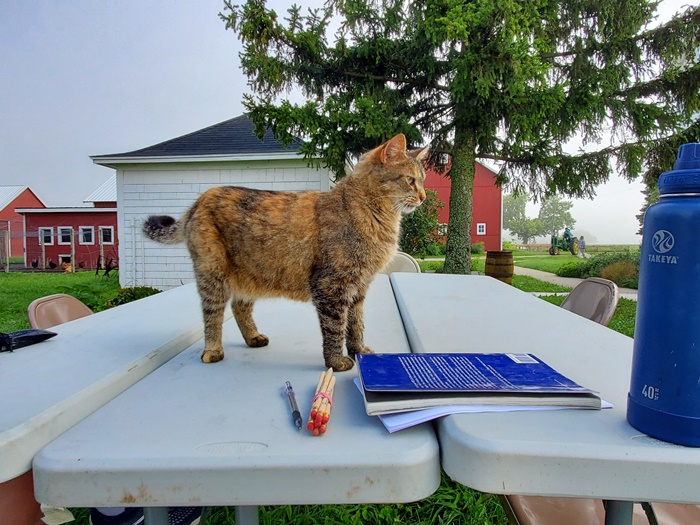 This afternoon we threshed the two smaller wagons of wheat, and then baled the straw. A guy from the newspaper took a bunch of video, so…maybe that’ll end up on their website, or something? 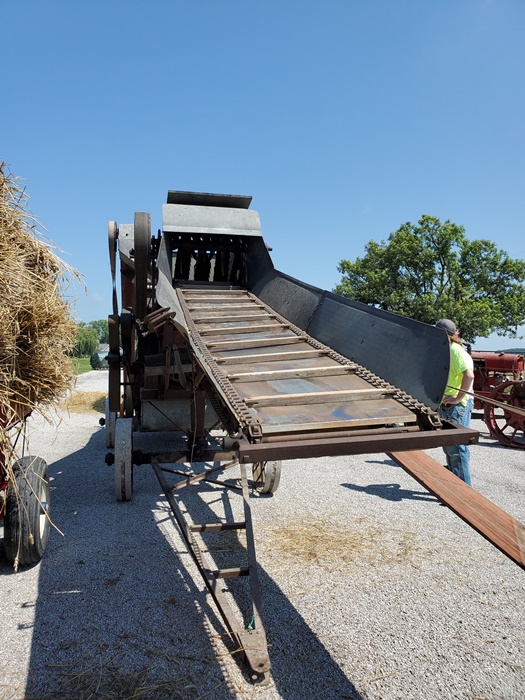 Going on vacation soon, and very much looking forward to being away from the farm for long enough to stop itching!!