Last Sunday I got dad from the airport, then went to Ypsilanti for lunch, which turns out to be a cute enough town/city, what little we saw of it. We spent longer than you might expect that afternoon fighting with the bike I’d borrowed for dad, as it has a quill seatpost, which is quite uncommon, so it took ages to get advice how to adjust it, but even once we had advice I think it was just sorta seized up or something…  Then I made dinner. He stayed in the motel like 150 yards from my building.

Monday we went to Wildwood Metropark so I could be interviewed for the news. Tragically, I’ve spent like two months trying to find new sneakers I want, but still haven’t got new ones, so the camera guy got a close up of my dusty-as-hell pink glitter shoes on the pedals. Oh well. I should have a youtube link to share next week. After that we went for a bike ride, and eventually had pizza.

Tuesday we went to work! We had a bunch of Search guys out, and dad helped them (and obviously Chris and John) shock a bunch of corn. I made cornbread to take to the afternoon’s board meeting, where it went over very well. We went down to the historic museum so I could go to the finance committee meeting, outside of which the curator met me to say she suddenly didn’t think she was ready for us to press for a vote on the storage shelves she’s been trying to get for 6 years now, but I basically said it was now or never. Of course, she had to leave 15 minutes into the meeting to go pick up her kids, but somehow or other the museum director and I did it. The one person who has been against it for ages (committee head, unfortunately) remained opposed and kept asking for more info that, if questioned, he’d admit we’d given him before, so I have no idea what would ever win him over, but everyone else voted in favor, so it’ll go to the full board this coming week and I think probably pass. Then the committee was supposed to go over the draft 2022 budget but peace out, I had to go to the Park District board meeting which was at the furthest away park, pretty much on the moon. Got sandwiches at the Amish deli in town on the way back. Super healthy. 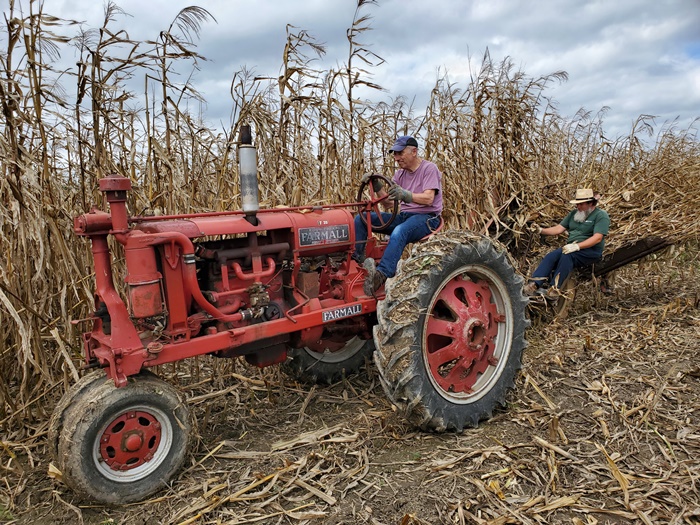 Wednesday several department heads came over for a Farm Fest wrap-up meeting. I took notes and emailed them out to everyone who had been invited, and one person who hadn’t attended has been reply-all protesting the part related to her ever since, which is…awkward. I did an hour-long zoom tour for a local old people place, who now want to schedule an in-person tour for November. The guys had dad drive the manure spreader to spread the straw bales that had gotten ruined by rain while being used for games at Farm Fest into a field, and then John ripped half the field with the subsoiler (I did one down-and-back as well). Chris planted the 5 grams of barley seed we have from the USDA, that is time/place appropriate for us. After work I went to the focus group follow-up to the opera, to help them figure out how to bring in more first-time opera goers, then came back and we had burritos.

Thursday most of the day was corn binding, but this time John was out so I had to drive the tractor. There were no disasters, which was better than I expected. Finished the second half of the pizza dough from earlier in the week, topped with the end of the pulled pork from Farm Fest (it had been frozen in the interim, wasn’t a few weeks old…). We went to book club, where the shop owner lady wasn’t actually there but it was okish. 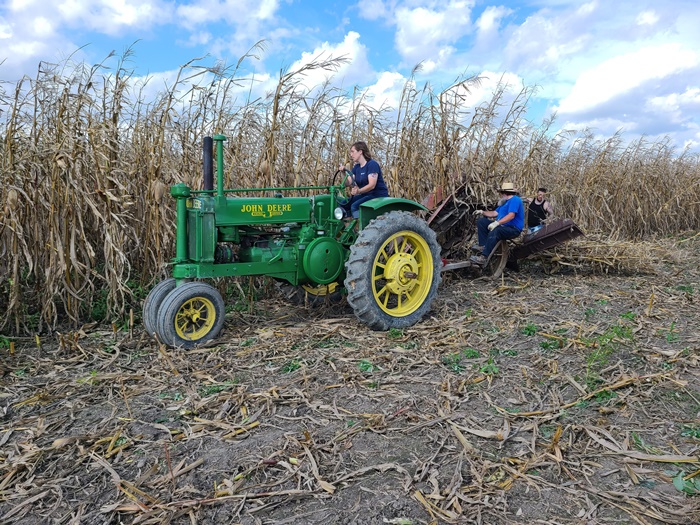 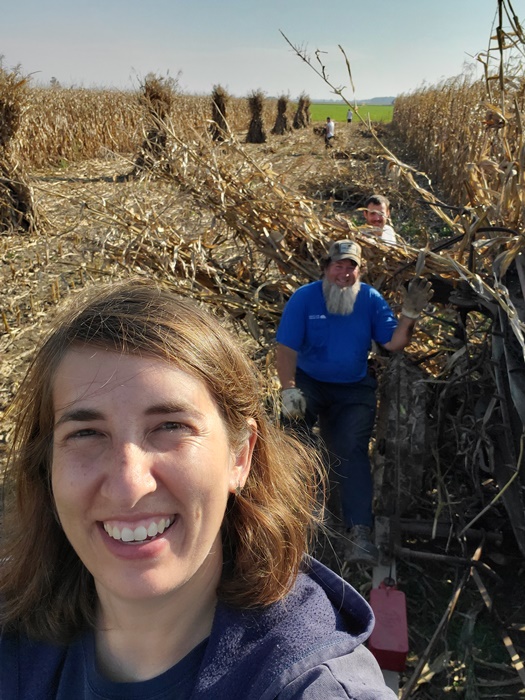 Friday it poured, so mostly I did deskwork stuff, then we had Cheez-It pork chops.

Saturday was the Tombstone Tour, an organized bike ride thing. Dad got a feel of why I may complain about the wind when biking here vs in NH! Tried an actual new recipe that day! 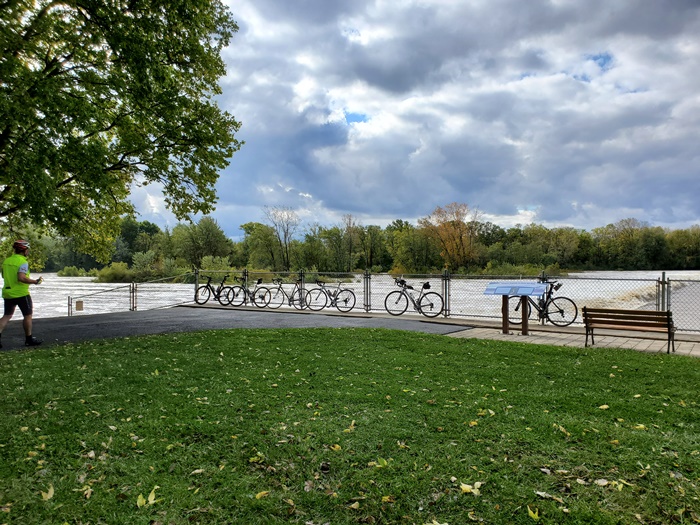 Today we went back to the airport in the morning. Waited about in a supermarket parking lot off the highway for a bit too long on the way back, but eventually the guy I’d borrowed the bike from woke up or whatever and came to get it, and now it’s back to normal I guess!